A big congratulations to Kacper (2L), Pauline (3M), Soorena (3R) and Oliwia (6L) for winning the History time capsule competition. I was blown away by the effort you put into your projects!  Check out the winning work below!

Well done to all who entered. There really were some outstanding efforts! Scroll down to view all entries! 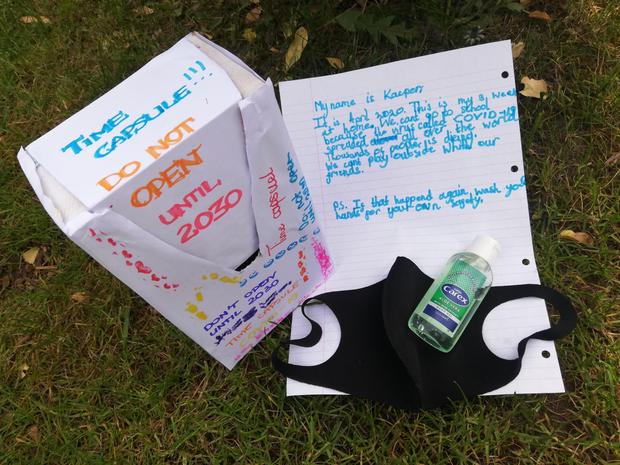 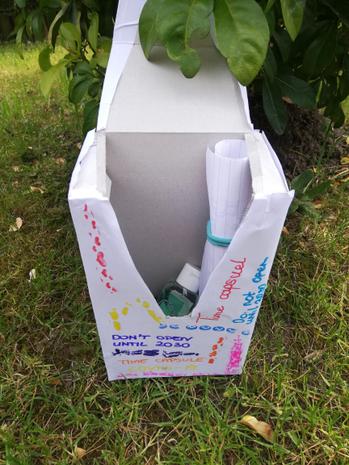 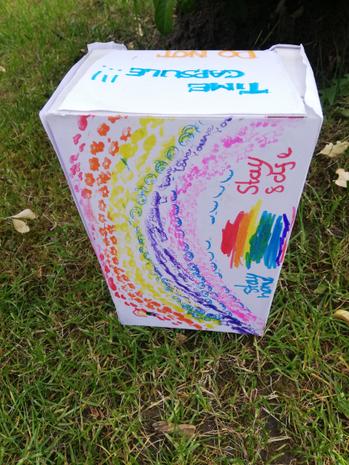 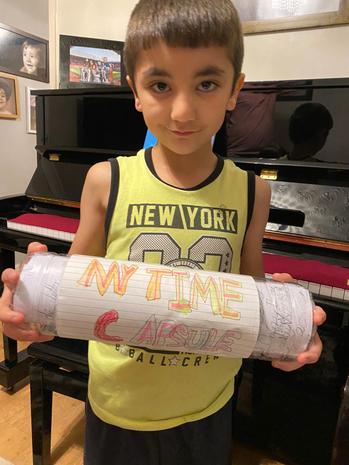 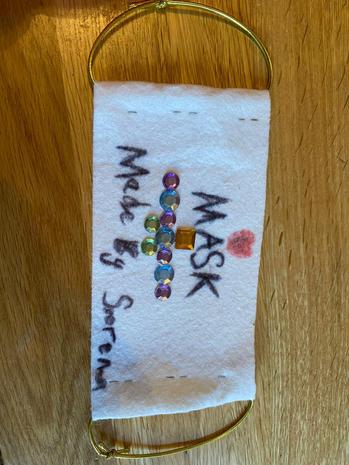 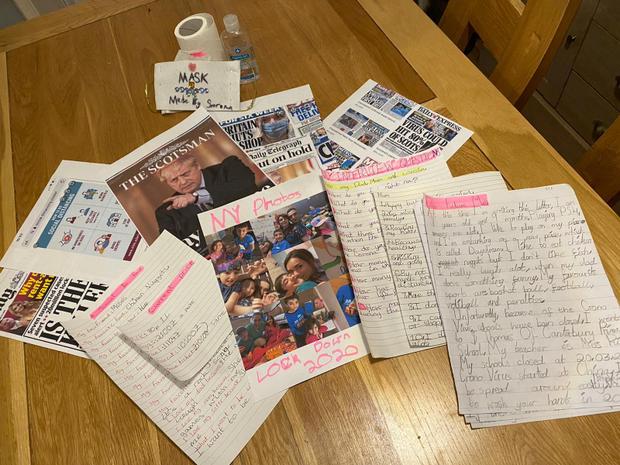 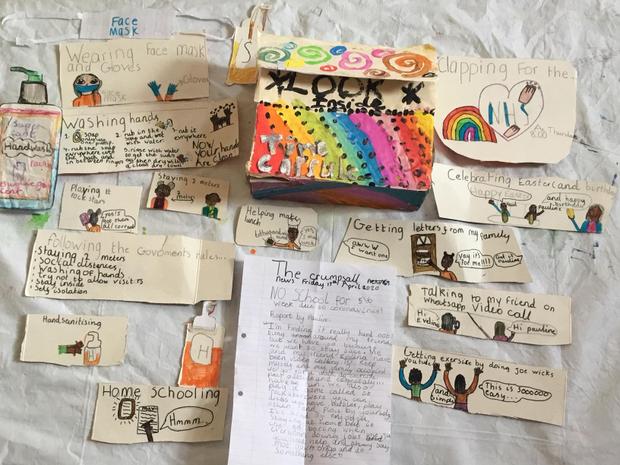 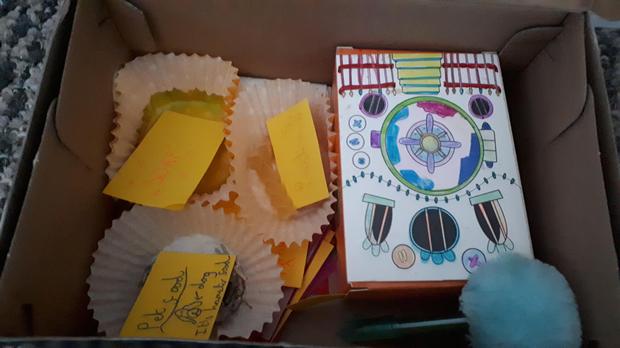 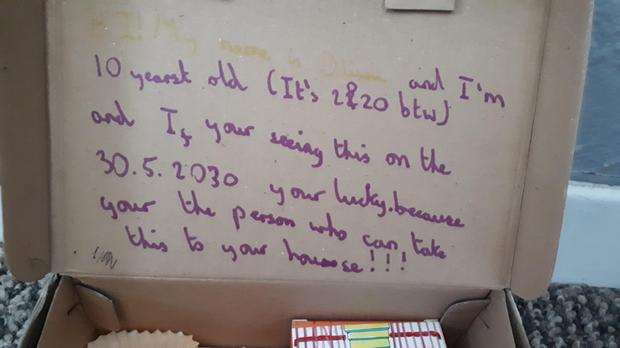 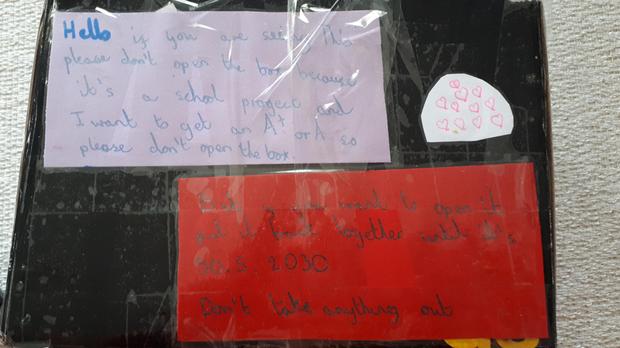 You are part of History!

Below you will find a document that contains a list of free History websites that you can access during this period of homeschooling. Why not use this time, to not only recap the topics you have studied this year, but also  to go over the topics you have learnt about in previous years?  You could create your own knowledge organisers for your favourite topics, or create your own quizzes to test the family! History is full of gruesome  and gory yet also amazing and inspiring stories. Why don't you write out a retell of an aspect of a topic you have been most interested by?  We have not yet started to learn about our summer History topics so why not use this time to impress your teachers by becoming a History expert on your summer topic. You will find your summer History topic on the Long Term Plan, just below the list of websites.

At St. Thomas of Canterbury, we are proud to have developed a History Curriculum that includes topics that we believe reflect our children’s heritage and interests, thus allowing us to deliver an engaging and encouraging curriculum. The History Curriculum will encourage all pupils to believe in themselves, develop a 'can do' attitude and contribute to a positive learning culture.

Society (specifically the role of women, lives of children and ranking)

These concepts are revisited a number of times, so that the children’s understanding is deepened as they move through the school. Our aim is to ensure that pupils enter KS3 with a sophisticated understating of these concepts so that they have a well-informed historical perspective on their world.

Each lesson follows the same structure. Time is dedicated at the beginning of each lesson to revisit previous  learning and concepts, through various recall activities. Having carefully selected what we want our children to learn, we endeavour to ensure this knowledge is retained in the children’s long term memory. Our approach focuses on well-structured enquiry, helping pupils to think for themselves and demonstrate their historical understanding. All our History lessons are organised around a key question. Children learn using a variety of sources. In each year group, pupils will learn History using artefacts, photos, stories and video clips. Opportunities to apply and further develop children’s reading skills has been deliberately planned into History lessons wherever possible. Historical thinking demands the ability to investigate, consider, reflect and review the events of the past. Children are taught to think critically about sources they are presented with, thus equipping them with the necessary skills to be open minded and respectful of evidence in later life.

In line with the National Curriculum 2014, KS1 topics have been carefully planned to ensure children develop an awareness of the past. Key themes such as similarity and difference and cause and consequence are introduced and unpicked. They will learn about significant individuals, including Florence Nightingale and Rosa Parks, who have contributed to national and international achievements. They will also study changes within living memory as well as events beyond living memory that are nationally or globally significant such as The Great Fire of London.  A whole school approach has been adopted to ensure that as early as EYFS, the children start to develop a sense of chronology, so that as they move into KS1 and beyond, they can place their learning in a chronological framework.

The aim of the KS2 programme of study is for pupils to continue to develop a chronologically secure knowledge and understanding of British, local and world History. Indeed, in upper KS2, they will study a range of time periods such as Ancient Greece, whilst in lower KS2 children will study The Great Plague. Local History is brought to life through studying the battle of Peterloo. Children will consider connections, contrasts and trends over time and develop the appropriate use of historical terms.

All staff have a sound understanding of the skills, concepts and knowledge in which the children need to succeed to make progress in History. End of year expectations for each year group have been carefully considered at the planning stage to ensure that the children improve with each passing year. We hope that after completing our History Curriculum, the children see the diversity of human experience, and understand more about themselves as individuals and members of society. We hope that what they have learnt, influences their decisions about personal choices, attitudes and values. Most importantly, we hope to have inspired in our children, a lasting interest and enjoyment of learning about the past.

This year, we focused on historical civil rights’ figures in EFYS, KS1 and lower KS2. Upper KS2 looked at modern day events including the Windrush generation and racism in football. As a school, we explored how history doesn’t fit into neat little boxes, and how the same issues that people campaigned so hard to change in the past, still affect our society today.  In doing so, we deepened our understanding of our school concepts of Society, Conflict, Culture and Rules and Laws. Each year group produced some wonderful art work based on their given figure or theme. Check out what we produced below!

This term, EFYS have developed their Knowledge and Understanding of the World through exploring the Hindu festival of Diwali. The children have started to develop their understanding of the concept of culture by finding out about the special traditions undertaken during this festival and how to get ready for Lakshmi, the Goddess of wealth. The children spent the afternoon spring cleaning the classroom, making rangoli patterns, preparing traditional Diwali sweets and decorating their own salt dough diyas.  The children have also enjoyed learning about the annual celebration of Bonfire Night and loved creating their own fireworks!

The Year 1 children have been exploring society through the role of woman. They have loved leaning all about the life of Florence Nightingale and the important role she played during the Crimean war. They have compared medicines and hospital conditions past and present and also drawn on similarities and differences between Florence Nightingale and Mary Seacole.  They have brought the topic to life through lots of enquiry and role play! 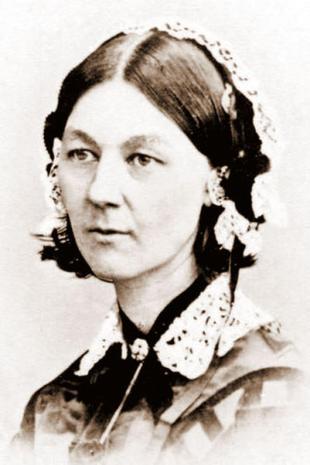 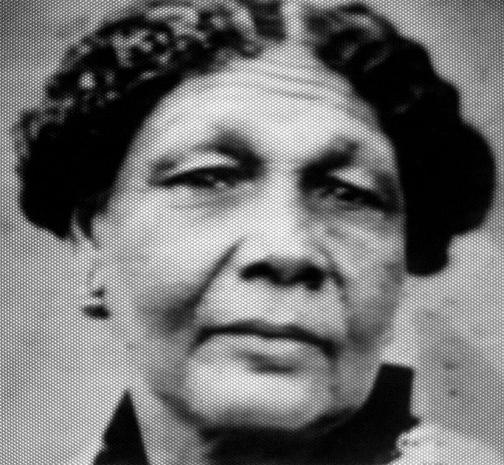 In Year 2 we have been unpicking the rules and laws that were in place when Rosa Parks was a young girl. We’ve examined different sources to understand how these rules and laws caused many conflicts at the time. We we’re blown away by her courage to stand up for what she believed in, consequently resulting in a change to the law! We compared her life with that of the local suffragette Eva Gore- Booth. We concluded that although the woman might have campaigned in very different ways, they have both played a huge role in shaping the world we live in today. The children were so inspired that many chose to complete extra research at home. They produced some great information texts, protest posters and model buses! 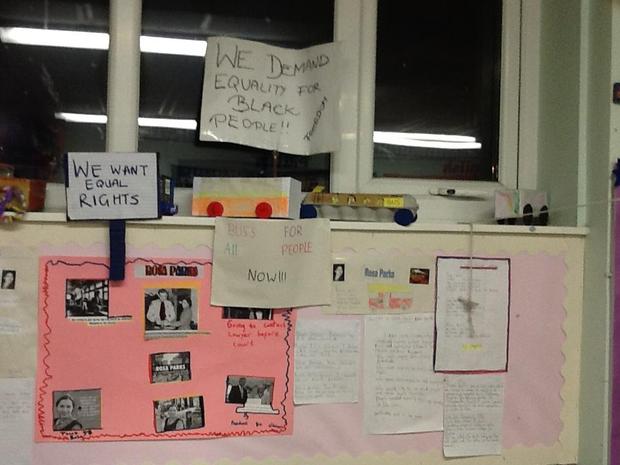 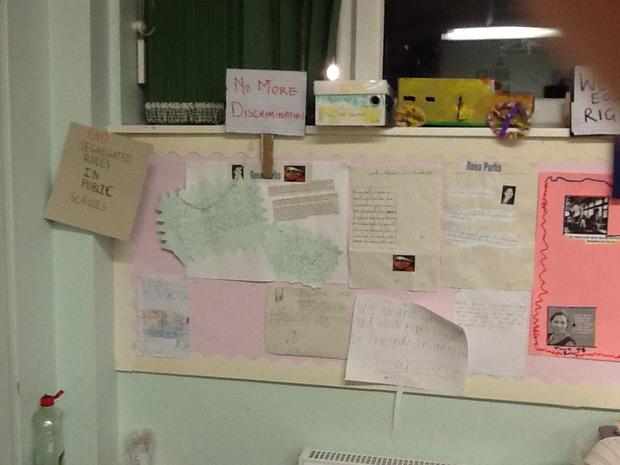 This term Year 3 have been learning all about the ravenous Romans and their impact on olden day Britain! The Roman Empire tried to take over Britain under the rule of Julius Caesar, but failed twice. On their third attempt of invasion, they were successful under the rule of Emperor Claudius. This sparked up-rise all over the country, led by Boudicca, queen of the Iceni tribe. Her statute can still be found on the embankments of London today.

This term our Year 4's have been delving into The Anglo Saxons struggle with the Vikings. We have been looking at the concepts of conflict, invasion, warfare, dress and technology. We have discovered that the Vikings were blood thirsty, ruthless and savage warriors. They wanted to take the Anglo Saxons land and treasures and make them their own. They were running out of space to farm in their homelands so they sailed epic journeys, on long ships to find more.

As well as this, we have looked at replica artefacts (check them out below) and tried to use our inference skills and knowledge of what we already know to work out their uses. We were surprised by some of the uses but it has helped us to understand how the Vikings and Anglo Saxons lived.